A few have asked me if I’ll be participating in NaNoWriMo this year (that’s National Novel Writing Month, for anyone scratching their heads). It’s a really big freaking deal among writerly types. So much so that not participating can make one feel left out. Alone. A little loser-ish. But everyone else is doing it, they think. Maybe I’m not a real writer if I don’t do it. 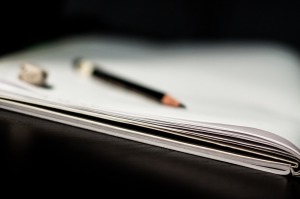 That said, this is my answer when someone asks if I’m NaNo-ing: No. I’m not.

Don’t get me wrong. There are some great reasons to participate in NaNoWriMo (see Chuck Wendig’s post here). There are also some great reasons not to do it (see the same post). I don’t need to rehash all that. I want to share the reasons why I personally don’t care to do it. Because I know what it feels like to assume a loser-ish stance simply by not jumping on a trendy bandwagon. My goal here is to offer an alternate bandwagon. Granted, it will be less crowded, but it definitely isn’t loser-ish.

Seriously, why is NaNo in November? Because there’s less daylight and the kids are off school for a week and oh, Thanksgiving?? I suppose the extra hour we get from falling back helps. Or maybe you can jot some stuff in a notebook whilst waiting for the doors to open on Black Friday. Of course, most of these only count if you’re a resident of the U.S. Maybe NaNo was a British creation.

I know it’s not technically winter yet. But where I live, it feels like it. It’s cold and windy and dark and sometimes snowy. Great weather for writing, you might think. And that might be true, if I weren’t one of the millions who gets a little down in the colder/darker months. And when I’m down, my writing quality suffers. I tried to force through it a couple years ago and produced a novel that will never, ever see the light of day. Ever. I just wasn’t feeling it. This year, I’m focusing on releasing an already-written book, so I’m freeing myself from the pressure of producing new material until the weather gets happy again.

Goals are good. Deadlines can be motivating. But for me, they have to be real. I’ve never been good at “do this now because this dude says so.” Sorry.

Reason 4: It lends itself to competition and resulting hurt feelings

We all have the same goal: write all the books. Or maybe just one book. And if we can punch out a book in a month, great! But it kinda blows when you get on Twitter and your NaNo group talks about all the word goals they met and you didn’t because the baby threw up on you or you were in a turkey coma or whatever. Then you feel shitty because you’re behind on the arbitrary word count goal.

I prefer to celebrate when my friends finish books (no matter how long it takes) or when they finished editing or have a new cover. We’re all in different places in the process, so the negative spirit of competition isn’t there.

Those are my primary reasons for sitting out NaNoWriMo. I’d love to know your reasons for participating or not, so fill up the comment section.

82 thoughts on “Not Doing NaNo? You’re Not Alone!”