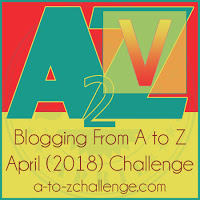 Today’s title is a super crazy popular one that I picked more because I didn’t have any other V titles than because I thought it could use the exposure. Because it doesn’t. If Anne Rice’s Vampire books aren’t iconic yet, they’re pretty damn close. 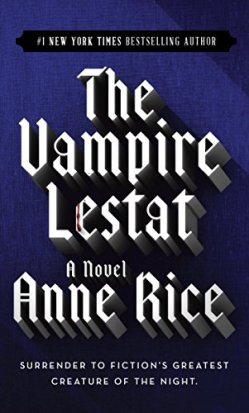 The Vampire Lestat is the follow-up to Interview with a Vampire, and I think it’s safe to say these two books launched the current (though perhaps waning) vampire obsession. However, like the vampire book featured on Day M, the vampires in this book don’t sparkle.

As the title suggests, this book focuses on Lestat, who in Interview persuaded Louis to join the ranks of the immortal. After a period of dormancy, he is pulled “awake” by the new presence of voices, as Rice eases us into the story in the prologue.

In that state, I absorbed the voices sluggishly, surrounding them with my own responsive images as a mortal does in sleep. But at some point during the past fifty-five years I began to “remember” what I was hearing, to follow the entertainment programs, to listen to the news broadcasts, the lyrics and rhythms of the popular songs.

And very gradually, I began to understand the caliber of the changes that the world had undergone. I began listening for specific pieces of information about wars or inventions, certain new patterns of speech.

Then a self-consciousness developed in me. I realized I was no longer dreaming. I was thinking about what I heard. I was wide awake. I was lying on the ground and I was starved for living blood.

Between the voices and the desire to join a rock band rehearsing nearby (yes, really), Lestat rises into the world in 1984, stronger than ever before. When he approaches the band, he straight up tells them who he is, and they recognize his name from a book.

From the other room they brought it, a small pulp paper “novel” that was falling to pieces. The binding was gone, the cover ripped, the whole held together by a rubber band.

I got a preternatural chill of sorts at the sight of the cover. Interview with a Vampire. Something to do with a mortal boy getting one of the undead to tell the tale.

I have to tip my hat to Rice not only for including her own book in the story but for making sure someone read the shit out of it.

After reading the book, Lestat decides that he has the means for massive fame and fortune. Part of that is penning an autobiography, which is what The Vampire Lestat is: his autobiography, starting with a battle against wolves in France when he was twenty-one.

And to read on is to read the life of a vampire.

What V titles are in your Bookbag?

4 thoughts on “The A-Z Bookbag: V is for The Vampire Lestat”

Hubs wanted to surprise me with cute new jammies so he laid them out for me to find after work. I also found the cat using them to be totally on brand. #valentines #catlife #twitter