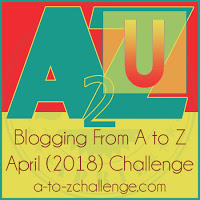 Today’s Bookbag title is the third part of a trilogy. I loved all three parts of the IA series, and I could have written about any or all of them, but since I and B were occupied with other books, IA: Union by John Darryl Winston gets the honors. 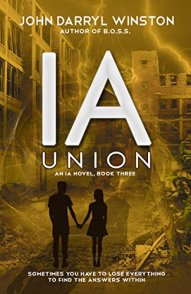 Set in an urban area called the Exclave, IA: Union is the story of Naz, a now-high-school student with strange, supernatural abilities. He’s figuring out how to do life without his little sister, Meri (whose demise I won’t describe here because I’m still mad about it), living with his friend and attending International Academy, at least at first. When he decides he needs to figure out what happened to Meri, he returns to the Exclave, to his friends, to playing basketball, and to the girl he had exactly one date with last year, a girl who went by the initial D.

She was the most beautiful thing he had ever seen. But the feeling was stronger than before, even more overwhelming than over a year ago. Then Naz realized it wasn’t the girl next to him that he saw but D, and he went on imagining that she was D, Desdemona. What was the chance Desdemona was D’s name? He had never found out what “D” stood for.

As Naz and D get to know each other, he experiences a new level of his powers: his mind-reading ability increases with his emotions (a gift that does allow him to learn her real name). Aside from Naz’s extra insight, their relationship is what he and his friends might call “normal.”

But when she disappears, he has to use his mind reading along with his other powers to find her.

What U titles are in your Bookbag?