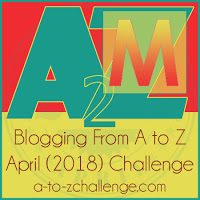 Today’s Bookbag title takes us into the world of historical/urban fantasy, one that is inhabited by vampires. 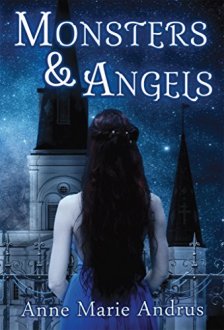 Monsters & Angels by Anne Marie Andrus begins in 1935 and stars a young, virginal nurse named Sorcha. Following her mother’s death, she escapes to New Orleans for a job, and there, she meets Dr. Raimond Banitierre after she shoved another doctor down for assaulting a patient. Raimond, who has a secret of his own, is taken with her immediately.

Black doctor’s bag in hand, Raimond rapped an ancient knocker against the warped oak door. Tonight’s mission was an act of compassion in sharp contrast to the excess and debauchery that made the city famous, and the first step in his recommitment to an oath taken decades ago. Complacency and apathy had derailed him for long enough.

If he was completely honest with himself, his motive was selfish. The endurance of his own kind was directly linked to humanity’s survival, but his faith in mortals has been rekindled by the actions of one fledgling nurse.

Sorcha travels with Raimond and her nurse-friends to Nepal for humanitarian work. A bit of a love triangle forms between Sorcha, Raimond, and another doctor. For the first fifteen chapters, I thought the story was one of Sorcha the human working with Raimond the vampire without her knowledge. But that all changes when Sorcha is attacked by . . .

Well, let me show you.

The creature struck from the left.

Sorcha’s ribs splintered like twigs as the beast clamped huge jaws around her waist and razored her skin to ribbons. She was tossed like a rag doll into a headstone, demolishing the ancient rock and shattering her spine. Sizzling pain exploded and then ceased, replaced by a blast of cold. Sorcha struggled to focus on the burning blue eyes and jagged teeth of a wicked tiger.

And then things get really interesting.

Also in my Bookbag: Milrose Munce and the Den of Professional Help, Monster

What M titles are in your Bookbag?

18 thoughts on “The A-Z Bookbag: M is for Monsters & Angels”