I recently wrote a post about why I write. It was a simple exercise in examining why I do what I do. 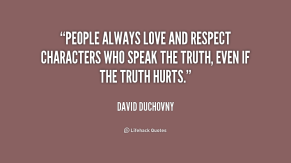 A couple of things happened since then that made me want to expand on that topic – namely, a beta reader and critique partner bailed on my current WIP. They just stopped reading, and unlike some who let a book go if they aren’t into it, they told me they wouldn’t continue.

Now, they didn’t explicitly tell me why, but based on what I know about them and the location of the book they were both in at the time, I can make a confident guess: they didn’t like learning one of the important characters is gay.

Granted, I can’t force anyone to read something they don’t want to read (nor do I want to), but we need to talk about this.

Chuck Wendig wrote a post on the topic recently. One of my favorite parts is this: I did not do this to jump on some kind of gay male bandwagon, though I would assume that a gay male bandwagon would be a lot of fun. I love both bands and wagons very much.

He makes a more important point than that, though (and I’m paraphrasing here): It’s important to read books by and about people who aren’t like us because doing so allows us to broaden our perspectives. Without that, we’re stuck in our own little bubbles whilst being contentedly ignorant of the struggles of everyone else in the greater world.

A comment I often hear when readers discuss the inclusion of homosexual characters in stories sounds something like this: Why did the author need to include that? Is the character’s orientation important to the story? Did it impact the plot?

To which I respond: Why don’t you ask that about heterosexual orientation?

Why do LGBTQ characters have to earn their place in literature?

It just so happens my character’s orientation is important – to the theme, not directly to the plot. It has to do with overcoming abandonment and feeling alone in the world.

A couple of years ago, I took a class called Urban Experience, which focused on resources for the homeless in my city. One of the places we visited was Urban Peak, a shelter for homeless LGBTQ teens. Many of these teens had been kicked out of their homes because of their orientations. Because of who they are. Those who were supposed to love them the most decided they were unlovable.

Can you imagine that happening to you?

Some of you likely can. The rest of us? Well…

This article basically says people who read fiction are more empathetic. They experience worlds and lives different from their own and can thus approach people with more understanding. This isn’t the primary reason I wrote a gay character into my book, but it’s certainly a nice side effect.

My character’s orientation doesn’t drive the story. It’s part of who he is. It greatly concerns me that some readers won’t even spend time with a fictional gay person when there are real gay people in the world. And most of them are lovely people who hate Mondays and drink too much coffee and have been meaning to see that new movie, just like everyone else. It floors me that in 2015, the world John Oliver describes in the following video still exists.

Like Wendig, I didn’t write my character in order to jump onto a “gay bandwagon”. I wrote him because he reflects a piece of humanity, a piece that happens to include people I love. And just like all the other pieces my characters reflect, he doesn’t have to justify his existence.

9 thoughts on “Why I Write “Those” Characters”