Yes, the title was intentional. I borrowed it from the department of redundancy department.

Telling a story in a concise way should be a goal of the novelist. I say should, because based o 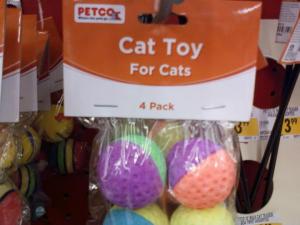 n the length of some books and what I’ve seen both in published works and in works I’ve critiqued, this isn’t always practiced. One culprit is redundancy. Fortunately, it’s fairly easy to spot and remove.

Filters are those words telling the reader that the character sees/hear/smells/thinks/notices something. 99% of the time, they aren’t needed, if your POV is tight. For example:

Becky walked into the living room and saw the ball sitting on the couch.

Becky walked into the living room. The ball was on the couch.

Filters are redundant because if we’re in your character’s head already, we don’t need to know what the character saw, because we’re seeing it too. It’s really about the old tell vs. show argument. Consider this longer example:

Tom entered the restaurant. He saw the small tables under the dingy lights, and he smelled something burning in the kitchen. He heard crappy 80s music playing through worn speakers attached to the walls.

Tom entered the restaurant. Small tables filled the space, poorly illuminated by dusty lights. A pungent odor wafted into the room from the kitchen. Crappy 80s music struggled to project from worn speakers attached to the walls.

Sometimes our characters do things we don’t need to tell readers about because they are obvious. For example:

He fell into the driver’s seat and turned the key to start the engine. He backed out of the driveway, then put the car into first gear to drive down the street. Soon, he arrived at the restaurant.

He arrived at the restaurant fifteen minutes later.

Chances are, the details of how the character does something mundane aren’t important to the story. Let the reader make the jump. The story is at the restaurant, not in how he got there.

3. You only nod with your head

I always point these out with a winky face in critique comments.

He nodded his head.

He waved his hand.

He glared with his eyes.

I don’t know what other body parts can nod, wave, and glare. Unless the character is an alien or something and can do these things with other parts, lose the anatomy lesson.

4. The sun always rises in the east

This is similar to the body part example, but applies to everything else.

The rain fell from the sky and hit the car.

The bird flew through the air to the other tree.

She drove down the street to her mother’s house.

Can you pick out the redundancies?

I’m generally anti-tag, but they’re worse with adverbs. Chances are, if you’ve set your scene well, speech tag adverbs can only be redundant.

We sat next to each other, hidden by the reference section bookshelf. She stroked my cheek, and I closed my eyes, letting her touch send chills through me.

“I wondered when we’d get to be alone,” she said softly.

Why is softly redundant? Because they’re in a library, hiding behind shelves. I doubt she’s yelling.

Bottom line: writing redundancies is a matter of thinking readers won’t understand the story unless you spell out every little thing. People who read books for fun are usually smarter than the average bear. Trust them to understand that cars drive on streets, that people whisper in libraries, and that they’re experiencing the story through your character’s senses. Your story will be tighter as a result.

13 thoughts on “Avoiding Repetitive Redundancy In Your Writing”