Confession: I’m writing this post as a form of procrastination and it may be a bit wandering, but I think we’ll end at a coherent place.

I’m supposed to be working through my editor’s notes for Part 2 of the Project Renovatio series (hereafter known as Project Liberatio, or PL). And I have been. In fact, I’ve been elbow-deep in said edits for the past few days. But yesterday, I reached a certain scene…

I won’t write spoilers for future PL readers, but suffice it to say this scene and those that follow leave me emotionally wrecked. I can only work on them for a short time before I have to do something else. Earlier today, it was clearing the pantry of expired food. Now, I’m blogging. Or so it seems. 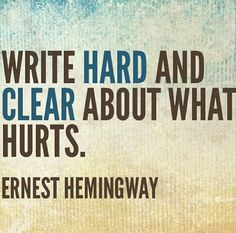 The scenes have my character experiencing extreme trauma and grief. When I originally wrote the book nearly three years ago, I became a slug of a human being for several days after writing this part. Now, at the direction of my editor, I have to bring out more emotion and more internals and more reactions. The result of this is me being an even bigger slug.

The events my character experiences are far worse than anything I’ve personally experienced or written, but that by no means lets me off the hook. I have to make his reactions and emotions believable, and that means I have to imagine what it would be like to experience what I’ve written for him.

I have to delve into the physiological effects of rage, shock, and the early stages of grief. I have to imagine what I would do if I were in my character’s place. I have to act out his mannerisms, his body language, what he does with his face when he speaks. I have to reach deep, to that primal place where fear and dread and pain live and where I like to keep them buried. I have to invite them to the creative process.

And I don’t hesitate to do so. These scenes can go really well if I do them right, and by that I mean they will reach readers in a way that the story will linger. They will be difficult to read. I know this because of how difficult they were to write, even three years after I penned the first draft. But I also know readers will continue past these scenes to see how the character grows, what he learns, and how his experience affects his decisions for the rest of the trilogy.

Basically, they’ll want to see how he copes.

We write as a way to capture humanity, and part of being human is experiencing pain. Do it well, and we have characters who ring truly human and speak to the readers in a way that resonates. That’s my goal, and since I can’t meet it until I get back to my edits, I leave my fellow writers with this question: Have you written something that has required you reach so deep?

24 thoughts on “Writing Pain In Fiction”