Have you noticed this trend, especially in sci-fi or superhero movies?

I think I first noticed it with Ronan in Guardians of the Galaxy.

But after that, I started noticing it other places. How about Darth Vader?

Or even the “queen” dragon in How to Train Your Dragon. 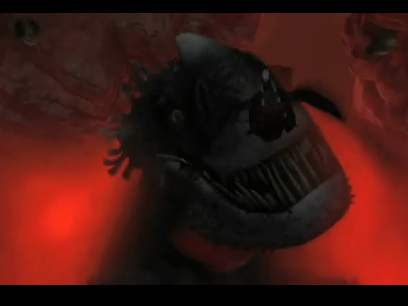 I’m not talking about motivations, or back story, or possible redemption. I’m thinking of something simpler than that. Namely, their setting.

These bad guys have a thing for hanging out in giant rooms and don’t do much else besides stand around in their big rooms being evil.

Snoke is a prime example. Not only was his room huge, it was red. That’s, like, more evil. Or something.

They have a real “Bowser waiting in the castle for Mario” feel, don’t they?

Bad guy: Imma just wait here for the hero to show up. I could go after him, but…meh.

I’m not saying these bad guys don’t “work” in the story. They do. They just do it by operating from a big room, for the most part.

And this happens everywhere.

At least Ultron moves around and actively fights the good guys outside of his big room (or church, as it were).

It’s like they need it to be their safe space, which even Fire Demons need, apparently (though in this exact scene he had left his big room for a minute).

If I were the protagonist, I would think avoiding injury by these guys is probably easy. Just…don’t go to the big room. Bomb the hell out of it to stop the evilness. But what do I know? 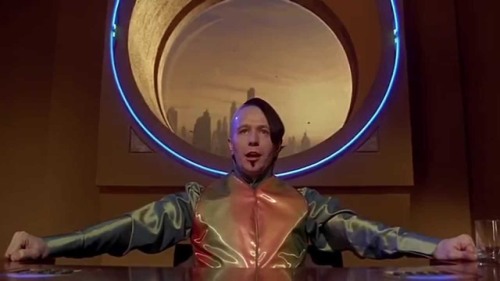 I bet Zorg spends his time supervising buttons and whatnot.

Are these rooms supposed to relay power? Or wealth?

Or in the case of President Business, the desire to superglue everyone into place?

Maybe they just love open floor plans. It’s hard to be evil if your Feng Shui is off.

But I think it’s reminiscent of their past–when they were young and their parents sent them to their rooms.

They just got the resources to make their rooms much bigger.

7 thoughts on “Antagonists and Big Rooms”