I finally did it. Something I’ve been wanting to do for months.

I googly-eyed my kitchen.

I know, it’s not a normal life goal. But I never claimed to be normal. Life’s too short and interesting for that.

It started in the evening, after the kids went to bed. I wanted them to wake up to the googly-eyed surprise. The following pics show the setup, and I’ve added some amusing captions. 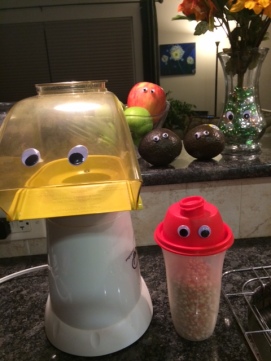 The apple came late to the party. “Hey, guys! Can I play too?”

Looks like the speaker has seen things. Disturbing things. I bet it has to do with the Keurig, cinnamon, and tea.

These guys are just chillin’.

The juice looks like a fat snake wearing an orange hat.

Uh… I brought my kids. Is that okay? 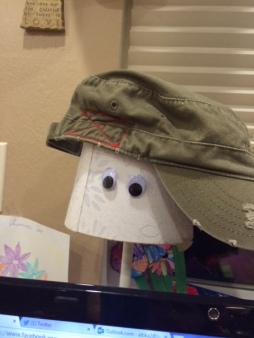 Can I get on the computer when you’re done?

And now… the reveal! 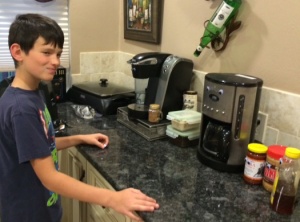 He’s at the age when he has to look cool in every picture. He’s more amused than he looks. 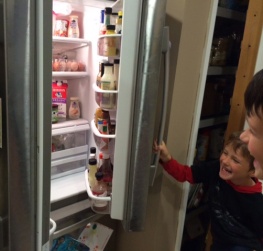 Did you guys look in the fridge? 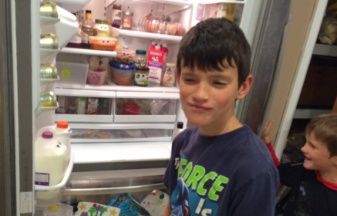 I think he’s imitating the juice.

Those are about all the pics I got before they decided breakfast was more important. But it was great fun. I highly recommend the experience.

5 thoughts on “Funny Friday: The One With The Googly Eyes”