The title is a question I get asked fairly often, and after writing out what I’m about to write out here several times I said to myself, “Self, you know that blog thingy we have? Maybe write it all there and then share the link when someone asks.”

Myself can be pretty smart sometimes. It’s certainly a better idea than sending this:

Which would be good for me but probably isn’t terribly helpful to a would-be reader.

This post lists my novels grouped by series and includes information you won’t find on Amazon (the basic plots here are more casual than the blurbs on Ammy). However, if you want to see what’s over there, you can click on the covers to get to the product pages. The targeted ages are suggestions only – many adults have enjoyed the YA novels, for example.

Dreams of Justice: A Paranormal Mystery 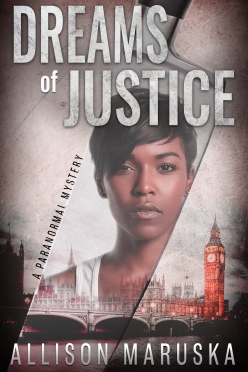 Good for: Fans of suspense, thriller, and paranormal stories.

Targeted age: Adults and older teens. There is domestic violence that some may consider graphic.

Basic plot (without spoilers): In 1981, Beth, a teacher in London, finds herself in an abusive marriage. Though she escapes her husband for a time, he eventually tracks her down and commits the unthinkable. In present-day New York, Sonia, a first-year professor, experiences horrifying nightmares in which she suffers through her own murder almost every night. She comes to discover her dreams are Beth’s story, and somehow, Beth is communicating with Sonia through the dreams. Only when Sonia solves the mystery of what happened to Beth’s killer can Beth finally rest.

Beth stumbled through the kitchen door, clutching two taut plastic bags in each hand. Clumsily setting them on the worktop, she exhaled. “Heavy buggers.”

After shaking out her arms and turning on the small black-and-white TV set, she pulled a box of cereal and a package of turkey from a bag. She kept half her focus on the screen as she put away the shopping—she’d been looking forward to today’s event, the marriage of Prince Charles to Lady Diana, since she first heard of their engagement. Beth would have given anything to attend Tammy’s party, where she could watch the nuptials while munching on delicate finger foods and guessing the names of the future royal children. But she couldn’t neglect her responsibilities, even for something this important. The best she could do was to catch the story on the evening news. 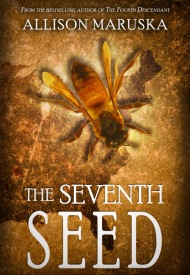 Good for: Fans of suspense, thriller, spec-fic, and dystopian stories.

Basic plot (without spoilers): Javier is a prodigy entomologist who discovers the big pharma-big agriculture-government conglomerate are burying a deadly virus but he doesn’t know why. He sets out to find someone who can help him create a vaccine. With the help of Liz, he dodges a series of attempts on his life at the hands of Charlie, a Homeland Security Chief. The story moves from preventing the virus to freeing the population from corporate control.

Other considerations: Seed is the standalone sequel to The Fourth Descendant, taking place 25 years later. There are some common characters and themes but anyone who didn’t read Descendant will follow this book just fine. However, those who read Descendant will discover some fun Easter eggs in Seed.

First paragraph: Javier grabbed the headrest in front of him as the car peeled around another curve. Hale groaned, cranking the wheel and keeping them from flying over the mountainside. Craning his neck, Javier strained to see the dash between the two men’s shoulders. The speedometer was near sixty.

Good for: Fans of mystery, suspense, subtle sci-fi, and a bit of romance.

Targeted age: Adults and older teens. There’s some naughty language, and a subplot involves an affair. Violence is on the mild side but there is blood.

Basic plot: Four diverse strangers learn their ancestors buried a secret in a Richmond courthouse a century ago. After finding century-old keys to access the secret, they discover a white powder that is a mystery to them at first but is worth enough for the powers that be to steal and kill for it. Their quest to uncover the buried secret becomes one of keeping their discovery out of the wrong hands.

Other considerations: This was my first-released and best-selling novel to date. At its peak, it reached #40 of all ebooks on Amazon.

First paragraph: The call came from an unfamiliar number. Michelle almost ignored it, but the prospect of talking to another adult was too promising to pass up. Her children kept their eyes glued to her as they walked home from the playground. Apparently, the event was rare enough to warrant their full attention.

Drake and the Fliers 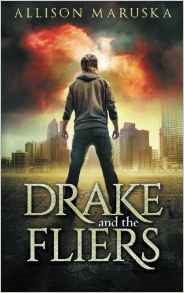 Targeted age: Young adult (teens age 13-19). There is some “mature” content that would probably lead to uncomfortable conversations if younger kids read it, but nothing is explicit.

Basic plot: Drake is one of few survivors of a global pandemic. With his whole family dead, he lives alone in a skyscraper in Denver and thinks his existence will be dire, until one night when he shapeshifts into a dragon. He discovers the other survivors developed shifting abilities as well when he nearly crashes into a Phoenix, who is really a 19-year-old named Preston. They become friends and find a small community of survivors, but personalities don’t mesh, to say the least. The teens are faced with tough questions: Why did they survive? Why can they shift? And what are they supposed to do next?

First paragraph: Drake glanced over his shoulder and entered the office tower through the broken window. Dirt and glass crunched under his shoes, and he stole another look behind him when he reached the stairwell.

Targeted age: Young adult (ages 13-19). It’s “safer” than Drake, content-wise, but there is talk of genetics and who fathered whom and some mild violence.

Basic plot: Siblings Levin and Rana learn that their father, who they believed was dead, isn’t who they thought. He was chosen by a research organization called Project Renovatio, whose mission was to create a population of people able to survive a global disaster. When PR wants to exert more control over their lives, they have to decide if they’ll concede or fight. Their decision snowballs into what they discover is a much larger conspiracy.

Other considerations: This is the first part of a trilogy.

First paragraph: Levin looked away from his computer screen and back to the torn-open envelope on his desk. At first, he’d kept it in a drawer, but he opened the drawer repeatedly to ensure the envelope was still there. He moved it to his desk top for more convenient visual confirmation of its presence.

Targeted age: Young adult (ages 13-19). This one has more violence than Renovatio, with one incident greatly impacting a main character.

Basic plot: Levin and Rana are in hiding among a larger group of people created by Project Renovatio. They learn that they have a chance to return home, but they will have to face those forcing them into hiding. Levin has the chance to connect with his girlfriend before the fight, but his decision leads to great tragedy.

First paragraph: Rana shivered as she left the cabin and eased the door shut behind her, careful not to wake the other girls. The chilly Montana morning foretold of an early autumn. Goose bumps formed on her pale skin. She inhaled the dewy air, appreciating the calm that was hard to find among so many of her Project friends. Removing the elastic band from her wrist, she pulled back her black, curly hair and enjoyed the cool breeze on her bare neck. 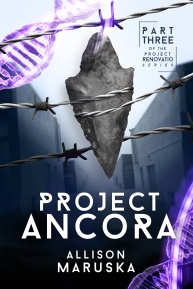 Basic plot: While Rana is swimming in the joy of a new relationship, Levin is reeling from great loss. Both are forced back into their Project Renovatio world when strange events happen, including the disappearance of PR kids. The threat becomes reality when Rana is among the kidnapped, and while Levin is figuring out how to find her, she works on her own escape, finding the lives of her peers rest in her hands.

First paragraph: Loud tapping on the wall of his cubicle yanked Levin’s attention from the monitor. Charlie leaned through the doorway. “Hey, what are you doing tonight?”

Note: You can get the Project Renovatio trilogy as a boxed set for a discounted price. Click here to go to the boxed set product page.

There you have it! If you have any questions, feel free to ask in the comments. Happy reading!

3 thoughts on “I Want to Read One of Your Books. Where Should I Start?”

And two other titles are sold out! I guess you could say this festival is going well. 🤔😅