There’s a hashtag going around on Twitter today: #20ThingsIWantFor2015.

I thought the presence of “20” was amusing, because who can write about 20 things in 140 characters?

Fortunately, I have a blog with unlimited characters. MWHAHAHA!

That sounded more maniacal than I planned.

I’ll count down from 20. Because New Years. Some are serious, and some are silly. Some require elaboration, and some don’t. I hope all are insightful and/or amusing.

20. Air conditioning in the school where I work.

It might seem strange to want this on a day when it’s literally no degrees outside, but August is a different story. Imagine an old-ish building with classrooms that reach temperatures over 90F. And the fifth graders don’t all wear deodorant yet.

That’s the silly reason, but the real reason is these kids are held to the same standards as everyone else, and it’s so miserable for the first month of school it’s hard for anyone to concentrate. I work among a high-poverty, high-minority student population, so the argument could be made that this is a class or racial issue. But I’ll save that for a future post.

19. For people to become famous based on talent, not trends.

Name a reality star and a naughty book that are famous, but no one is sure why. We can guess – but let’s keep this post rated PG, mkay?

18. For girls to not worry so much about their appearance.

I can honestly say I’ve never been concerned with whether or not another girl has a thigh gap. Or long eyelashes. Or whatever. I’m pretty sure most other people on the planet would say the same thing. The beauty industry depends on women feeling crappy about themselves. What would happen to it if they all decided they were okay as they are?

17. For people to stop putting pictures of food on the internet.

Seriously. Unless you work in food advertising, stop it already.

New York City, specifically. But going to any new place is awesome.

15. For corporations to stop spraying poison on my food.

14. For these corporations to stop pretending they don’t know why the bees are dying.

I’m writing one, and I needed to see how other YA authors approached a certain subject from the perspective of a male protag. After searching over 200 titles on Goodreads, I found 8 with one male protag – I’m talking about the main POV character, not the girl’s boyfriend/brother/neighbor. As a mother of sons, this concerns me.

I promise, I’ll try not to freak out from excitement and scare it.

Two are for sure. Three would be awesome.

10. To help other writers discover their gifts.

It’s been done for me. I want to return the favor.

9. To try a cup of really expensive coffee, just once.

This one we’re really planning. The condo is booked.

7. To help my kids understand what privilege is.

6. A magical house that cleans itself.

Or kids who see their own messes and take care of them.

5. To make every word count.

I mean saying things that matter. Not meeting word count goals, necessarily. But that would be nice too.

4. To try a fancy wine, just to see if I notice a difference.

3. For the Broncos to get to the Superbowl and not embarrass themselves this time. 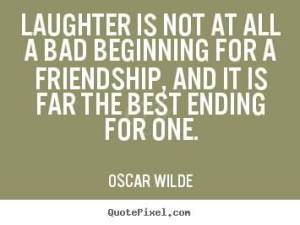 1. To do something that matters.

To the general well-being of mankind, that is.

That’s my list! What are some items on yours?