Learning to read is a magical process: we recognize letters and assign them sounds and then smash the sounds together into words. Then we read many words in sentences and in paragraphs, not only decoding the them but extracting meaning from them.

It’s pretty trippy if you dwell on it too long. 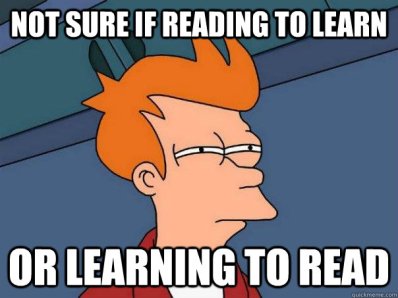 Seeing as learning to read is basically magic, that means we reading teachers are magicians. Or something. It certainly feels like we have to perform a few sleights of hand to get the job done.

A looooong time ago I published posts about why teachers deserve presents (click here and here to read them if you want). I want to add to the body of evidence for that stance and maybe offer parents an explanation as to why reading with the kids is frustrating as hell sometimes.

Let’s start with “words that don’t follow the rules.”

Phonics instruction is all about rules. Bossy E at the end of a word makes the vowel long. Sh says shhhhh. When two vowels go a walkin’, the first one does the talkin’.

That last one is about vowel teams – if two vowels are next to each other, the first is the voiced one (a long vowel sound). Now look at that Fry meme up there again. See the two vowel team words?

Learn and read. Only learn doesn’t follow the rule. If it did, you’d read “ear” in the middle of it. 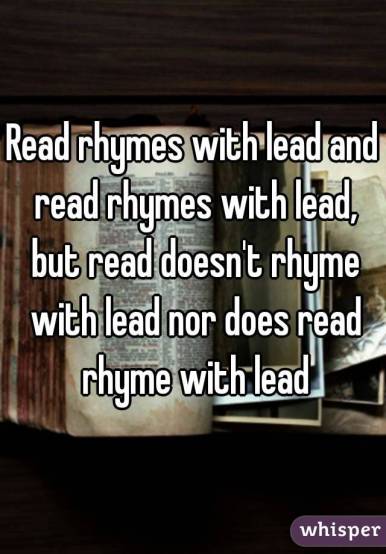 I haven’t crunched the numbers, but I suspect I say something to the effect of “this word doesn’t follow the rule” about 3,487 times per day.

There are also some letters, blends, and digraphs that have more than one sound. “oo” can be like in look or in hoop. S can sound like an s or a z. “ough” can make a long o sound, the oo like in hoop sound, or sound like ruff.

So finding rhyming words in text isn’t as easy as one might think. 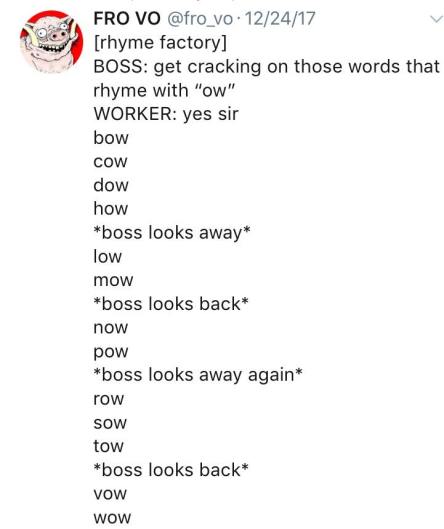 These rules/non-rules can lead to adventures in pronunciation too.

A student asked me today how to know when “oo” says which sound. I said you have to use the context of the sentence – which doesn’t help if it’s a new-to-them word. So I told him as he goes through school and life, he’ll learn more words all the time.

In the meantime, I’ll help him and the rest of his group learn that word in Charlotte’s Web is pronounced muh-nooer, not man-yur.

7 thoughts on “If You Want To Perform Magic, Teach Reading”