I recently read this post on A Writer’s Path about writing pet peeves. In it, the author describes three practices that are irritating, namely cliches, Mary Sues, and sloppy grammar/spelling. Scroll to the comments and you’ll see a handful of others provided by other readers/writers (including yours truly). 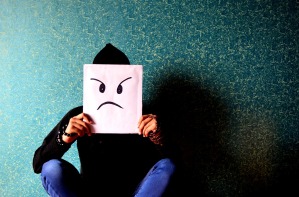 After I wrote my comment, I got to thinking about why certain practices become pet peeves. The grammar one is straightforward – sloppy proofreading gets in the way of a smooth read. The others, though, are a bit more subjective. What makes pet peeves for me are things I would call writing cheats – those things that either read terribly awkward or are indicative of weak writing. And since I’m a blogger and we bloggers love lists, I’ve compiled my top three pet peeves/writing cheats that a writer may want to avoid.

Chapters have a few jobs to do. They reveal characters, introduce conflict, and ask or answer questions. They should also end with a hook – that thing that makes the reader turn the page. It can be a new question or a tense moment. What it should not be is an interrupted scene. That means the author simply took a tense part in the scene and put the chapter break there. The scene continues in the next chapter as if nothing happened.

When I see this as an editor and I know the author well enough to get away with it, I comment with “dun dun dunnnn!!” at a broken scene. It’s an artificial chapter ending created for tension, which, in my opinion, is also artificial. I’ll forgive this practice once or twice, but if it’s an ongoing pattern in a novel, I usually stop reading.

The fix: End the scene where it naturally ends and create an authentic hook. If the interrupted scene break hook is just too good to let go, skip a bit of time so the break isn’t so obvious.

Cheat 2: I know something you don’t know

If the POV (point of view) character has learned something crucial to the plot, the reader gets to know as well. We are in the character’s head, after all. So withholding such information is an irritating cheat that, like the interrupted scene, is artificial when it comes to creating tension. I will forgive this only if the discovery is known to the reader pretty damn quickly after the character discovers it.

The fix: When the POV character discovers something, describe it for the reader through the character’s eyes. The tension will come from the character’s reaction and questioning what to do with the discovery.

If you clicked over to the linked post at the top and read the comments, you’ll notice this was my comment. This dialogue occurs when one character relays information to another character that both characters already know. It’s a trick to relay back story to the reader.

Here’s the thing with character-provided info dumps: no one in real life talks this way. You tell people things they don’t know. Or you shoot the breeze about a common interest. You don’t proceed to tell your friend all about the party you both attended as if she weren’t there, because she’d think you’d lost your mind.

The fix: Any information important enough for the reader to know that shouldn’t be relayed through dialogue (as is the case here) can be written out in the main narrative. Make it an internal for the POV character if you like. Or write a short descriptive paragraph. The current trend is to avoid descriptive paragraphs almost at all costs, but trust me on this: readers can handle back story that’s weaved in when it’s relevant. Putting it into dialogue is awkward and unrealistic.

You may have noticed I said “maybe” in the title. I say that because there are exceptions to every rule, and I don’t want to be accused of boxing writers in. I only ask that developing writers be aware of cheats like these and use them sparingly. And as always, when in doubt, consult a critique partner/writing buddy/beta reader.

What cheats/pet peeves would you add to this list?

And two other titles are sold out! I guess you could say this festival is going well. 🤔😅