Did anyone else imagine a general guy holding a sword in the air and yelling, “To pants!” with that title? He’s probably in his undies, because why else go to pants?

I know it doesn’t seem like it, but this post is about planning out a novel before writing it. Or not. Because some people don’t do that. They write by the seat of their pants.

See! It had a point.

Spend half an hour in a writing community, and you start to notice a dichotomy of sorts: Writer A plans every little event that is to occur in his novel, and Writer B doesn’t have a flipping idea what’s happening as he’s writing. His book just…happens.

Of course, these are extremes. I don’t happen to think either of these writers literally exists. The writers I’ve talked to are somewhere in the middle but lean one way or the other.

I got the idea for this post when I got an email from Amazon asking for a review. I use Amazon A LOT, and I also leave reviews, usually for stuff I’ve read. But Amazon doesn’t care about your review history, so they ask me to review random things I buy. My husband needed fiberglass tent poles for some reason and purchased them from Amazon, thus I received the email asking me to review them. I was like, “Tent poles! I should write a post about those!”

What the frick do tent poles have to do with writing? you may be asking.

The idea as I use it came from a mashing of Nathan Bransford’s How to Write a Novel and Larry Brooks’ Story Physics. (Both books are amazing. Click those links and buy them now. I’ll wait.)

Now, imagine an old-fashioned circus tent, with three giant poles holding up the canvas or whatever that material is. If those poles weren’t there, the tent would collapse, ergo, no circus. The poles hold up the entire structure. 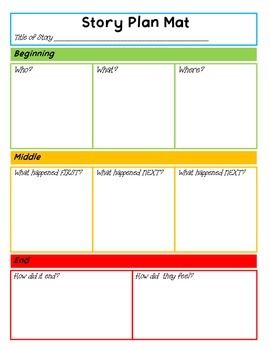 I found this on Pinterest when I searched “writing plan”. It’s for elementary kids. But it kind of matches what I do. Hmmm.

All novels need major points, things that have to happen for the story to move forward. These are tent poles. Without them, the story collapses.

The Amazon email gave me the idea because I call myself a tent pole planner. Following the Story Physics model, I place my tent poles at about 25%, 50%, and 75% into the story. At the first one, the characters must react to something. At the second, they must attack or take control. The third one is the climax. I know these major points before I write or a little after I start. Every event and character action must work towards these points.

Other than that, I don’t really know what the story holds. Sometimes, I’m just as surprised as the readers. For me, that’s where the fun of it happens. I love saying, “I didn’t know he’d do that!” as I’m writing. What ended up being a really important subplot in one of my novels happened this way.

I’m probably making you index card planners cringe. Well, you make me cringe, so we’re even.

Is this how you should plan your novel? Maybe. It might work for you. If you really like structure you probably wouldn’t like it. As long as you have a book in the end, who cares how you planned it? But if you’re stuck getting started, thinking you have to know every bit of the story ahead of time, maybe give yourself a break. Just get the big parts and let your creative juices flow to figure out the rest.

What about you, fellow writers? Are you more of a planner or a pantser?

20 thoughts on “To Plan Or To Pants? How Should You Get Your Book Written?”