I spent this weekend on a “staycation” with my family. We drove a few hours away from our house to explore the Colorado wilds, including Great Sand Dune National Park and trekking on winding mountain roads in search of fall colors.

It was glorious. Quality family time, and I had a great excuse to not edit.

Anyway, since we did touristy stuff, I took pictures. At the dunes, I took these: 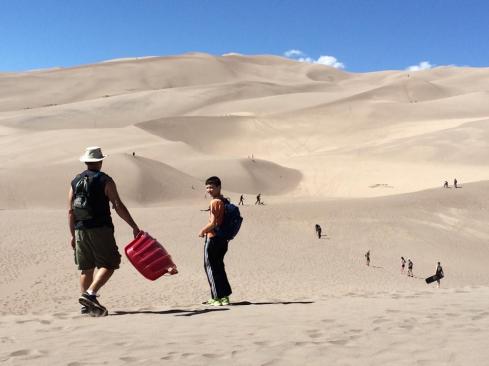 But this was the most popular one on social media:

During the leaf exploration, I took these: 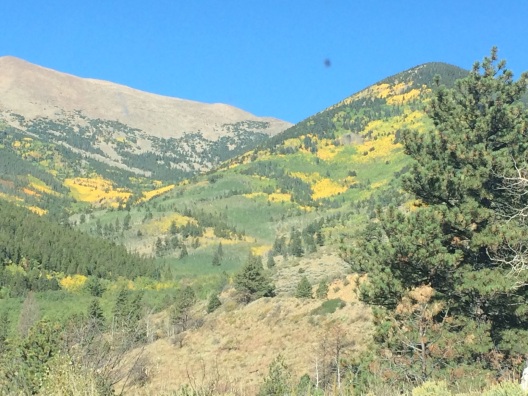 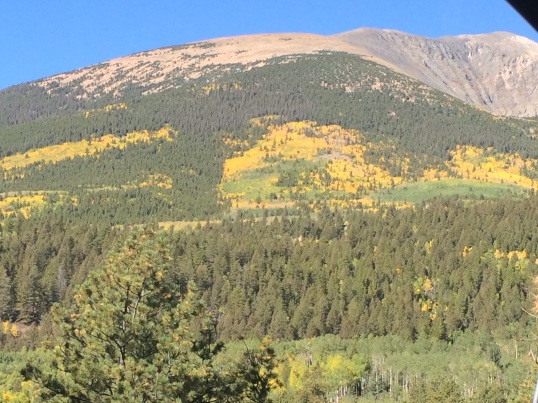 But after considering the response to the dune pics, I shared only this one: 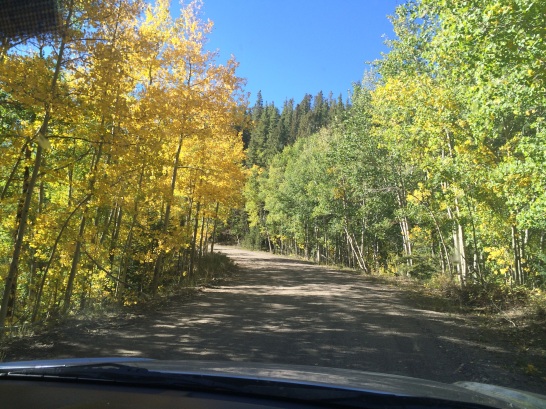 Why did I think the last pic would be the favorite?

It has a narrow focus.

Consider the popular dune pic. In it, I focused on three things: the footprints, the person (my husband), and the sky. Easy to see and understand.

In the other pics, there really wasn’t a focus. The dunes are freaking huge and I wanted to relay that. Problem is, well…

The dunes are freaking huge.

There’s no way to capture their enormity in a photograph. Even the best, most professional photograph wouldn’t do justice to actually being there.

By narrowing the focus, I allowed my friends to experience what I did on a scale that could be captured with a picture.

Same with the leaves. Aspen groves on mountain sides are awesome and worth taking a drive to see. But again, in a picture, they’re…meh.

But capture a few on the side of the road, contrasted with green ones on the other side – well, now you have something people can relate to.

By now you’re probably wondering why I put “reader interest” in the title, seeing as I haven’t talked about books or reading or writing at all. I made you wait because while I had some understanding of keeping the story close to the characters, I didn’t really “get it” until the photograph experience. Therefore, you had to start there, too.

Generally, people are pretty bad at understanding large-scale scenarios. Let’s consider something truly huge: the Vietnam War. I wasn’t alive then, so what I know about it came from history class, but there was one photograph that stuck out in my mind: that of a nine-year-old girl, naked and running away from her village after a napalm attack.

The photographer captured the horror of war with only a girl, a road, and a burning village in the background. It was a zoomed in piece of something much, much larger. That photograph has become an iconic image of an entire war.

How does all this apply to writing?

Some writers, especially fantasy and sci-fi writers, have whole worlds to create. While it’s tempting to embellish every little detail of rooms, towns, cities, or countries, what the trees look like and how the tribes interact, I offer this advice: zoom in.

How do those things relate to your character?

Readers need to see how the story relates to them without even realizing it. This happens with characterization and close setting. While it might be fun to describe what the land looks like from an airplane, and your prose may be so eloquent that readers will go along for the ride, that’s not where the meat of the story will be. That’s not the part readers will talk about with their friends. They’ll talk about interactions and close events that changed the course of the story for the character.

The principle applies to the stakes as well (pay attention, query and blurb writers). While it may be tempting to say your character must “save the world”, that’s hard for us to conceptualize. But put the character’s mom into the population he’s saving – zoom in an personalize it – well, now we care.

The world is big. War and space and pandemics and global warming are big. Too big.

Humanity is nearby. Our lives and memories, the things we hold on to, are small moments. Small stories. They’re zoomed in pieces of a bigger picture.

It’s the same for your story. Zoom in on the smaller pieces, because those are what readers will understand and remember.

9 thoughts on “To Keep Reader Interest, Zoom In”