A few weeks ago, I entered my 100-word story in the second round of of NYC Midnight‘s flash fiction contest. I was assigned a genre, action, and word, and had 24 hours to craft my story.

Sadly, I didn’t make the top ten this round, so I’m out of the game. I suspect that’s partly because the genre I had to deal with is so not my bag. In any case, it’s still a fun story and the feedback was good, so I’m sharing it. I’ll include my assignment after the story, and you can decide how I did. 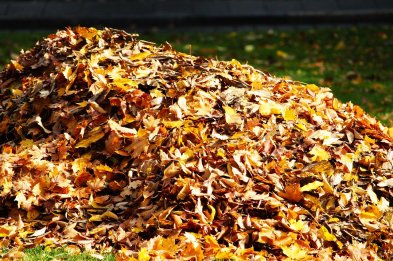 I scrape my rake across the grass, adding to the mountain of dead foliage. Opening the bag, I shove a handful in and calculate how much per handful the old neighbor is paying me. It isn’t enough.

The front door slams. A woman my age runs straight for me. Or rather, for the mountain. “Bombs away!”

“No!” I brace for an explosion, but instead, a college-girl-shaped crater forms in the pile.

A second later, her leafy head emerges. “I thought that would be more dramatic.”

Laughing, I pick a leaf from her hair. This job just got a lot cuter.

5 thoughts on “Flash Fiction: The Jump”