A is for Atlanta Burns (YA mystery)

B is for Blamed (Thriller)

C is for Crow Vector (Pandemic/suspense)

F is for The Four Agreements (Self-help)

G is for The Gospel According to Satan (Religious suspense)

H is for His Majesty’s Dragon (Historical urban fantasy)

I is for In the Context of Love (Women’s fiction)

K is for The King of Torts (Legal thriller)

L is for The Lunar Chronicles (Cinder) (Urban fantasy)

N is for Necromancer Awakening (Fantasy)

O is for Only Wrong Once (Suspense/Thriller)

P is for Poggibonsi (Romantic comedy)

Q is for Quiet (Self-help/psychology)

R is for Reason to Breathe (YA romance/suspense)

S is for Savvy Stories (Memoir/humor)

T is for This Present Darkness (Religious suspense)

U is for Union (YA paranormal suspense)

V is for The Vampire Lestat (Urban fantasy)

X is for Extracted (Time travel/suspense)

Another April is knocking on the door, and for many bloggers, that means another stab at the blogging a-z challenge.

I wasn’t going to participate this year, until yesterday, when I decided I would. 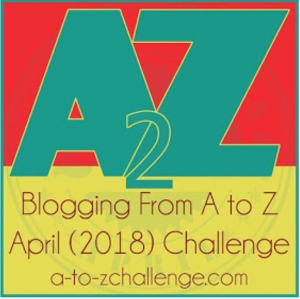 Last year I wrote about elements of story. This year, I’m taking off the writer’s hat and putting on the reader’s one to explore the theme I call…

Starting with A on April 1, I’ll publish a short-ish review of a book I’ve read. Several will be indie books, as I’ve found gems in the indie world, and more popular books (think Hunger Games or Harry Potter) probably don’t need as much publicity from little old me (though a few bestsellers will be included). Some will be books I read a while ago while a few have been in the last couple of months.

So if you’re looking for new reads, keep an eye out for the posts. I’ll also create a running list with links on this post as we go.

See you at the Bookbag!