Know what I don’t do often enough on this blog? Games. So let’s play one. If all goes according to plan, one of you will win a signed paperback that includes some of your very own words.

My next book, a YA urban fantasy called Drake and the Fliers, is coming soon! I’m busy working with CPs, beta readers, and my cover designer to get the finishing touches on it.

One of my CPs pointed out an exchange between two characters that needs to be funnier. That’s where you come in.

But first, some background. See the captioned picture for the blurb. I obviously don’t have a cover yet, so I’m using a stock photo I found on Pixabay. 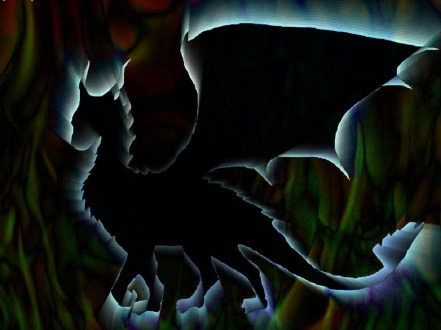 Sixteen-year-old Drake can’t understand why the virus spared him. The only survivors he’s seen vandalized his makeshift dwelling, and despite his sister’s dying wish that he connect with others, he spends his days alone – that is, until he develops the ability to shapeshift into a dragon.
While exploring his new abilities, Drake nearly flies into Preston, another shifter. Their chances of survival increase if they team up with others like them, but when their search leads to a group in Las Vegas, they find not everyone is welcoming.
As Drake develops new relationships, Preston endures daily confrontation and eventually takes off on his own. Concerned for his friend’s safety, Drake launches a search and stumbles into a situation stranger than anything he could imagine. Now he must embrace his animalism if he wants to save his humanity.

The exchange is between Drake and Preston. In human form, Drake has wavy brown hair that falls to just below his shoulders. He wears it in a ponytail. His girlfriend likes to yank out the hair tie, which she’s just done and is sauntering away from the guys.

This is the exchange as it appears now. I’ve bolded the part you get to play with.

Drake’s hair fell around his shoulders. “Why does she keep doing that?” He combed the strands with his fingers.

“Maybe she’s hinting for you to cut it. You do kind of look like Jesus when your hair’s down.”

“I’m pretty sure Jesus was Middle Eastern.” Drake pulled another hair tie from his pocket and redid the ponytail as he headed for the stable.

That comeback isn’t funny enough. Here’s an alternative I came up with.

“Maybe she’s hinting for you to cut it. You do kind of look like Jesus when your hair’s down.”

“Yeah, Jesus the shape shifting dragon lord.” Drake pulled another hair tie from his pocket and redid the ponytail as he headed for the stable.

I think you, dear readers, can do better. So here’s how to play the game. Leave your funny comeback in the comments here or on my facebook page. Or you can tweet it to me or send me a message. I’ll string together a small contingent of authors to help me judge which is the funniest, and that comeback will appear in the final product. Also, whoever writes the winning comeback wins a signed paperback, when they exist.

For extra fun, I’ll toss all the non-winning comeback lines into a hat and draw one. The writer of that one will also win a book.

The deadline to enter is September 22, 2015 at 11:59 PM, MDT. If you enter but don’t yet follow this blog, follow it or be sure to check back next week! I’ll publish a post with the winning comeback on the 23rd.

A little more fine print: while I love all my readers from around the globe, for legal reasons I have to limit the winners to US residents. Non-USers may still play for fun, however (please tell me in the comments if this is the case). I hope you do, because you are a delightfully witty bunch.

That’s it! Get your funny on!

22 thoughts on “Can You Think Of A Good Comeback? Get It Into A Published Book!”