Before I dive into this, I want to say “hi” to the several new blog followers who have joined in the past week. Hi! *waves enthusiastically* I’m looking forward to chatting with you on posts and via other social media.

I know most of the blog’s new followers came from Twitter because they align with blog share days. Since most of you are fellow Tweeps, I thought I’d address a piece of Twitterquette that I don’t have sorted out for myself. Do you thank other Tweeps for RTs? 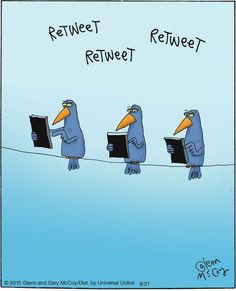 I consulted the googles, and I found two articles of particular interest. The first is pro-thank, the second is anti-thank (click on those links to read them). Certainly check those out in the quest for a balanced opinion. I will say I’m more in favor of the second post.

For the newer or non-Tweeps among us, let me set up the situation. I’ve been active on Twitter for about nine months. I joined when a fellow author told me about a pitching contest. While the contest went nowhere for me, I quickly figured out Twitter has many benefits, including but not limited to:

2. You can interact with people who have something in common with you.

A primary feature of Twitter is the retweet (RT), where you share each other’s tweets. Some Tweeps have automated this practice. Tuck that away for later.

I RT frequently on blog sharing days and on #1LineWed (click here for more info on those). I have no qualms about RTing in these cases, because I know the Tweeps are real people intentionally sharing their content for the enrichment and enjoyment of others. I RT blog posts I find interesting and #1LineWed lines I find engaging. I do not expect the writers of these tweets to thank me.

Did you catch that? No thanks necessary.

1. About eleventy billion tweets are retweeted every day. Adding “thank you” tweets for each of these would greatly increase Twitter noise.

2. When there’s a big list of mentions in one tweet, like “Thanks for the RTs! @SoAndSo @WhatsHisName @Jimbo etc” and you’re included, you get a notification every time someone favorites or RTs that tweet. This can become cumbersome rather quickly. Add to this the fact that like some RTs themselves, many “thank you” tweets are automated (as in, the Tweep didn’t even write it), the excessive favoriting and RTing becomes annoying.

3. I don’t write thank you tweets for the above reasons.

I RT the tweets I like, and I’m fairly certain most of the other legit Tweeps are the same way. I’m not keeping track of who RT’d me for the sole purpose of the returning the favor. I’ll usually reply when someone shares one of my posts and mentions me; at the very least I’ll favorite the tweet so the Tweep will know I saw the share and I appreciate it.

So what’s the right answer? Should we thank or not?

I’m in favor of the alternative forms of thanking – returning RTs, for example – for RTs that are “unusual”. By that I mean they aren’t part of blog share days or #1LineWed. There’s so much RTing going on during those days that it would probably be helpful for everyone to understand their basic premise – RTing is built into the expectations. The hashtags have creators who wrote instructions, and they all say something about RTing. If you participate, you will RT and others will RT you. Ergo, no thanks are necessary.

All that said, I like to give shout outs to Tweeps who make my Twitter life better, and for this I use #FF. This happens on Fridays. I usually write two or three #FF tweets and list top interacters, RTers, or blogging friends. This helps them because my followers may choose to follow them. By limiting my shout outs to one day per week, they are less likely to get buried among the other “thank you” tweets.

What do you think? Are you a proponent of the “thank you” tweet?

19 thoughts on “Twitterquette: To Thank Or Not To Thank?”